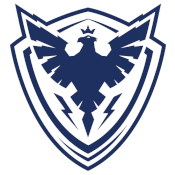 I went to my first proper CHL road game in the fall of 2002, during the brief period when my hometown London Knights had moved out of their old arena but not yet inaugurated their new one. In seeing some sixty-plus CHL arenas since then, what I've always been seeking out on some level is a version of what I grew up with and lost when the London Gardens closed - an arena with incredible views of the ice, a thunderous atmosphere, and a sense of feeling like home.

My maternal grandfather was born in East Bolton, Quebec, an Anglophone of the Eastern Townships back when the English Protestant population there was far more numerous than today. While I have no family remaining in the area, I spent the afternoon prior to the Phoenix game seeking out the farm on the shores of Lake Méphremagog where he spent the first few years of his life and the church where he was baptized. Through these experiences, I was already feeling like I belonged in the area in a way I haven't felt before in Francophone Quebec before rolling into the Palais des Sports on a Saturday night for a game against the Armada.

The Palais des Sports, now known as the Palais des Sports Léopold-Drolet after the former chairman of the local Sher-Wood hockey stick company, is built into a hillside, with the main entrance in one end and a small lobby entering into a top concourse. The neighbourhood is mostly residential, with the local CEGEP across the street and a baseball diamond also nearby. The area is reminiscent of the area in which the Kitchener Aud sits. It's a very mid-century design, yellow brick and siding.

The term "Clone Rink" gets tossed around a lot on this website and elsewhere to describe the generic layouts of most junior-sized arenas built since the mid-90's, but it's worth noting that every era has had its clones, or at least similarities in arena layout and design. Quebec's Colisée was a recognizable cousin of Buffalo's Memorial Auditorium. The late 1960's at the NHL level saw buildings like the Spectrum, Pacific Coliseum, Nassau Coliseum and the like, all of which were pretty similar. And Sherbrooke's Palais des Sports is a recognizable cousin to the former London Gardens, as well as Oshawa's Civic Auditorium. All three had roughly similar designs - a single bowl of seats with a top concourse and another underneath; stairs in the four corners for access, sharply-angled seats with incredible views of the ice, and bland, form-follows-function architecture.

For my trip to Sherbrooke, it felt overwhelmingly like being back in the London Gardens, although a version of it that had been lovingly-maintained and renovated over the years. The similarities were actually greater back when I first saw the arena in 2008, before the Phoenix had the rink renovated and brought up to modern standards. In comparison to the rink I grew up with, the Palais des Sports has the arena entry at the top concourse, whereas in London it was on the bottom. Rows of seats have been removed along the top of both sides for private suites, and the bottom concourse is now discontinuous, only used for washroom access, as expanded modern dressing rooms have cannibalized the space formerly occupied by the lower concouse. Sherbrooke also has a moat concourse down by the glass in the ends for ease of access, whereas London never did. The renovations also added a video scoreboard and painted all the original wooden seats navy blue (they used to be yellow and orange in addition to blue).

I purposely bought tickets in what was as close as possible to my old season ticket seats in London, high and close behind the net, and watched a game that felt like going back in time. The crowd in Sherbrooke is exceptional, loud and knowledgeable, and the angle of the seating is so sharp and yet so intimate that you can hear the players shouting and hitting and get a sense of the speed of the game in a way you can't in a lot of newer buildings.

The Palais des Sports has its other charms, too. The renovations didn't touch the mid-century character of the arena. The old seats are comfortable and surprisingly generous in leg room and width. The walls of the concourse are still - incredibly - wood panelling, reminiscent of living rooms across the country in that day and age. The Phoenix have also raised banners for former Sherbrooke teams to win the QMJHL and also the Allan Cup, as well as retiring numbers for two former Faucons who played in the city. Considering the Phoenix believe themselves to be an expansion team and not a continuation of the defunct Lewiston franchise that once was the Faucons/Castors, it's lovely to see team management embrace the city's hockey history.

My only real complaint about the Palais des Sports, given its age and architectural limitations, is the scoreboard. In 2008 there was no centre clock in the arena, only an ancient digital board in the one end. The digital board is still there and still used, with the centre video board being small and entirely taken up with the video screen. Therefore, if you're sitting in the one end, you have to rely solely on the video board to know the game time or score, and the score bug on the screen is both too small and disappears far too frequently for ad breaks or replays. I get that with the building's low ceiling, it's likely that they couldn't have fit a larger scoreboard than that, but the score bug should never disappear from the screen if you're using it as your main scoreboard. But that is a minor issue overall.

Sherbrooke was the last team I saw at home to complete my personal 'all 18' journey through the QMJHL. While I've so much enjoyed seeing the older arenas of the province, full of character and atmosphere, I've never felt quite at home watching hockey in another language. But through my employment, my French has improved considerably in the last few years, and between that and my own roots in the area, Sherbrooke is unquestionably the place where I've felt most at home while travelling through Quebec.

But a huge part of that is the incredible similarities with the London Gardens. Of all the arenas that have ever existed in Canada, Sherbrooke's is the closest cousin to my lost, lamented home rink, although the Palais des Sports is what the Gardens could have been with millions of dollars of renovations and maintenance. For so many ways for me, seeing a Phoenix game in Sherbrooke felt like coming home, and with a few others, it instantly became one of my favourite road trips in the CHL. 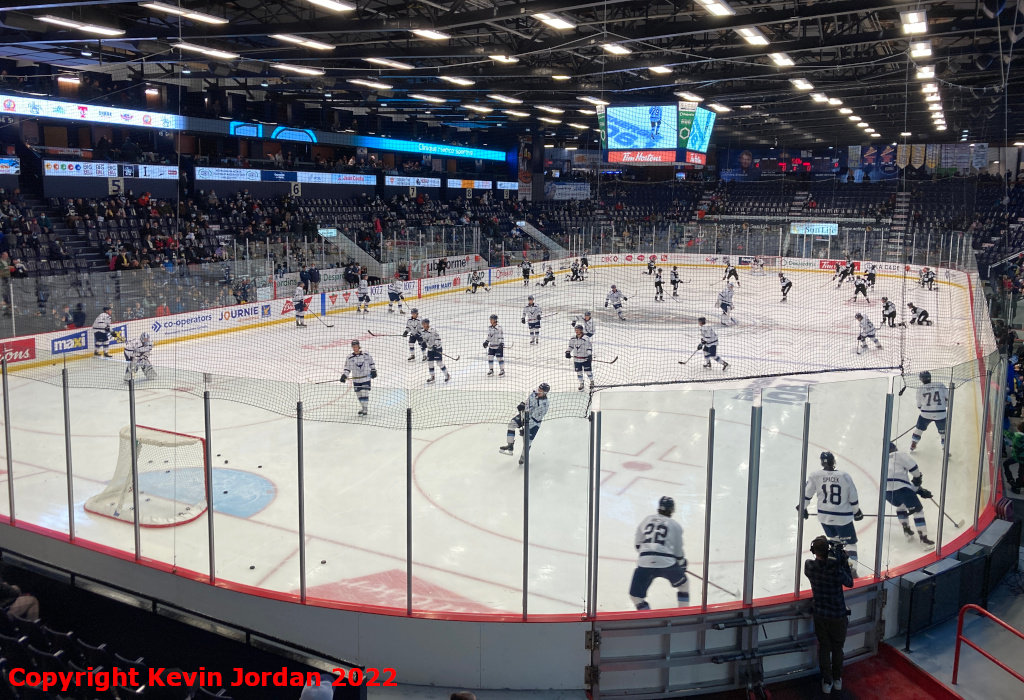 Future Developments
There are no plans to renovate or replace the Palais des Sports.


Franchise History
Technically speaking, the Phoenix franchise was granted as an expansion team in 2012. In reality if not in law, the Lewiston Maineiacs folded in 2011, all their players were sent around the QMJHL in a dispersal draft, and one season later, the dormant franchise was reactivated. If you consider the Phoenix as a continuation of the Lewiston franchise, their history goes back to the Q's founding, playing in Trois-Rivières as the Ducs and Draveurs from 1969 to 1992, and Sherbrooke (in the same arena!) as the Castors between 1992 and 2003.