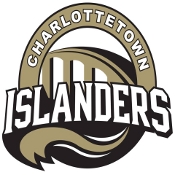 I often get asked by people when they first hear about my CHL building project what the best and worst arenas I've visited are. Best is a difficult question to answer, because the arenas I tend to love the most are older, atmospheric, and often very bereft of the features that are standard in new arenas. But I can more easily answer which is worst. Bad arenas don't do the thing that buildings of their generation are supposed to do. An old arena with no atmosphere is bad enough, but the worst kind of arena is a new arena with poor new building amenities, and of all the arenas I've been to in the CHL, my least favourite of them all is Charlottetown's Eastlink Centre.

Eastlink Centre is a modern, bright blue building located on the edge of downtown Charlottetown, on the premisis of the Charlottetown Exhibition Grounds, near the mouth of the Hillsborough River. The neighbourhood is right on the fringe between the city's gorgeous and lively brick downtown and an industrial area. Across the street from the arena is a Legion Hall and housing, and the Exhibition Grounds also include a harness-racing facility. Originally the Charlottetown Civic Centre, it was constructed for the 1991 Canada Winter Games and replaced the rowdy old Charlottetown Forum, which closed after the new arena's opening and has since been demolished. The arena itself is a tall building of pink brick and blue siding, with an attractive main entrance and a large marquee sign facing Kensington Road.

Inside, there is a high and handsome atrium-style hallway with ticket booths and concessions. The atrium divides the arena from the convention hall on the other side, and also acts as a main lobby for the hockey games. The Islanders have their store in a little alcove off the lobby as well. Once turning right and into the arena proper, you find yourself in a spartan and narrow hallway that extends around the building. In spite of its tiny size, this is the main concourse. Originally there also was an inner concourse in the bowl near the glass, but most of that space was removed for additional seats when the arena was expanded a few years ago. Incredibly, along the back wall of the arena the concourse is curtained off because that space is used as a part of the visiting team's dressing room. Yes, you read that right. The Civic Centre is a community rink at heart, and little thought was given when it was built to providing nice facilities to the players.

The seating bowl consists of a full oval of blue seats. The seats extend down to the glass on the sides, but in the ends they still leave a space for a walkway between the seating and the boards. There is no top concourse at all; the seating extends all the way to the back wall of the arena. On one site there are a small number of private suites, and the press box hangs gondola-style above them. The scoreclock uses individual matrix lights and several of them were burnt out when I visited. There are also two projection video boards in each end, which are the best projection boards I've encountered, inasmuch as you can actually see them. Banners hang from the ceiling honouring Prince Edward Islanders who played in the NHL.

Once the game starts and the place fills up you start to discover more problems with the building. The angle of the seats is as shallow as I've ever seen, and even a tall person can find it difficult to see over the person in front of him. In the ends, the walkway between the boards and the seats creates a disconnect between the fans and the ice, and worse, the angle is such that the people in the ends can't see the net when the building is full. Navigation around the building during a game is extremely difficult. The place feels like it was built for community use, as though the designers never actually thought that the seats would be full of people needing concessions, washrooms, and the like.

When the Islanders score a goal, the team's goal horn is a gigantic foghorn that's loud enough to wake the dead. I'm not a huge fan of generic goal horns; I love Buffalo's famous Buffalo Horn, Belleville's train whistle and the Washington Capitals' siren, and so the Islanders get points for originality... but the damn thing is so loud that you instantly have change from celebrating a goal to pleading for mercy. Being a season-ticket holder in Charlottetown must be difficult! I can't imagine that anyone would get used to that thing. I'm told it's actually the original foghorn that was installed in Borden-Carleton near the Abegweit Passage, which was rendered redundant by the building of the Confederation Bridge. Surely it can't be legal to have an outdoor foghorn installed in an enclosed building... can it?

In spite of the building's obvious flaws in design and presentation, it still, amazingly, can be a good place to watch a hockey game. Charlottetowners are tremendously nice and welcoming people and the building's atmosphere, while quiet, is still kind of fun. Moreover, the Islanders fans I talked to were under no illusions about their building; they admitted freely that it was a terrible rink and pined for the old Charlottetown Forum. While I can see how braving the Civic Centre week-in, week-out would get annoying, it is still clean, well-maintained and friendly. But that's about the nicest thing I can say about it. The arena's atmosphere is average by new building standards, but the seating and facilities are worse than any other new arena in the CHL. It is a shame that the terrific fans on Prince Edward Island can't have a terrific arena to match. 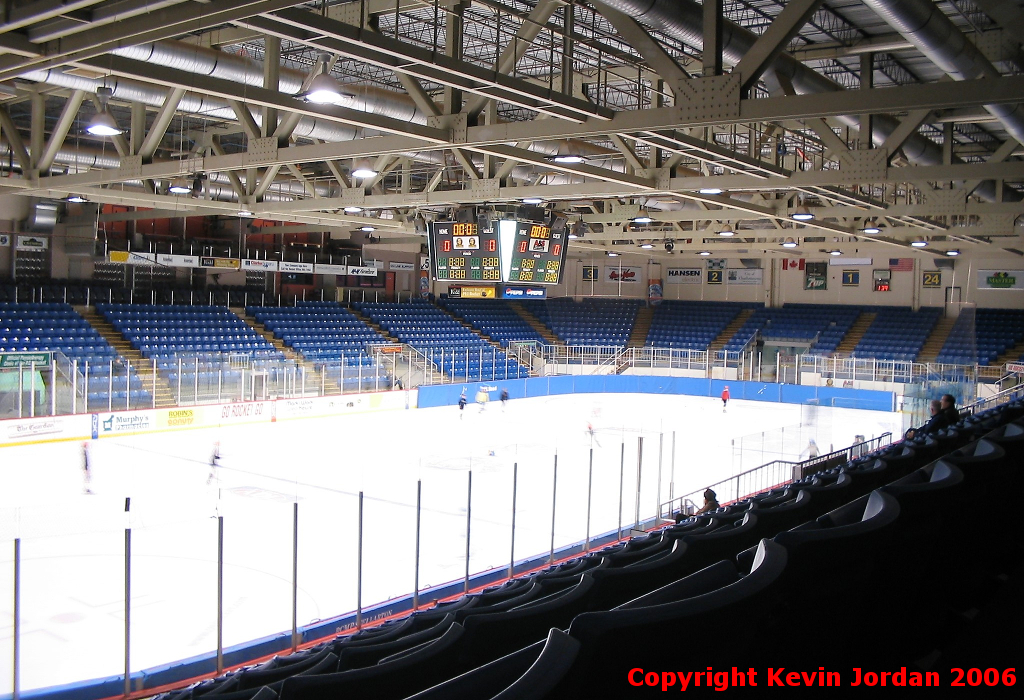 Future Developments
The city of Charlottetown is debating constructing a new arena to replace the Eastlink Centre. While nothing has been officially decided, the city would like a larger and more modern facility and hopes to have it operational by 2023.


Franchise History
The Islanders began as the Montreal Rocket in 1999-2000 as fulfillment of the QMJHL's long-held dream to finally get a team back in the Montreal area. The team originally played at the Maurice Richard Arena in East Montreal. However, attendance redefined the word "dire", with crowds very frequently below 1,000. The team held on in the Montreal arena longer than anyone could reasonably have expected them to, including playing a few seasons at the cavernous Bell Centre in an attempt to lessen the number of empty seats, but no amount of prodding could get more than a handful of Montrealers out to the arena, and ownership finally gave up in 2003 and moved the team to Charlottetown. The original ownershup group hung onto the team for another decade, but had no connection with Prince Edward Island and were frequently criticized in local press and by fans for being the worst kind of absentee owners. When the original ownership group sold out in 2013, the P.E.I. Rocket name was changed to the Charlottetown Islanders as a representation of the team's complete rebrand. The Rocket trademark was then resurrected back in Montreal for the Canadiens' new AHL affiliate in Laval.